INTEROPERABILITY BETWEEN NATO NEIGHBORS IS A MATTER OF SURVIVAL 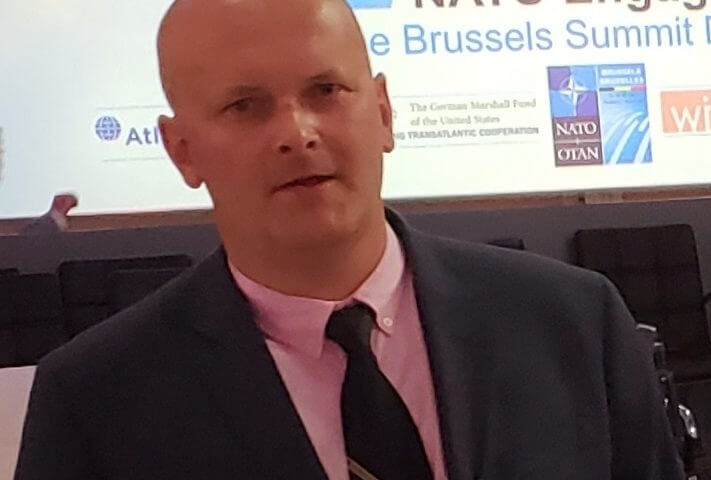 Benjamin Franklin’s admonition that “we must indeed all hang together, or most assuredly we shall all hang separately” was insightful during the American Revolution and is relevant today for Western democracies facing both Hybrid Threats* and the possibility of conventional military conflict. However, to mitigate future threats the Baltic States and Poland have to find agreement upon a regional common long term Defence Strategy. This would guaranty full utilization of NATO strategic depth via the establishment of long-term development goals, consistent budgeting, and regional interoperability of military and nonmilitary sectors at all levels.

It has already been fourteen years since the Baltic States joined NATO, but a difficult and challenging path for defence systems development in each state has complicated improvement of interoperability between even these closest of neighbors. This gap has frustrated efforts to leverage greater advantage of NATO membership for effective and efficient national self defence. This situation must be seriously evaluated and addressed for improved national and regional defence.

All young officers who are studying military tactics are familiar with the importance of identifying and mitigating the risks of “gaps” between units (platoons, companies, battalions). An adversary is always eager to identify these gaps and exploit them. Gaps are less protected, coordinated and defended areas – they can make the difference between defeat and victory on the battlefield. Gaps are always a potential weak point, especially if one is ill prepared for the fight. This principle works for units at every level and is equally valid for the national level of NATO countries.

Building the Defence System in Baltics

An individual national defence approach is an expensive, risky, and uncertain business. Consequently, Baltic and other Central and Eastern European states rightly put great effort into joining NATO after the end of the Cold War. However, being a member of a defence organization does not guaranty absolute security, especially if mere membership in NATO is considered the end state of national security build – up. All members of the Alliance must develop and implement an interoperable and reliable defence system which can be effectively integrated with other members of the Alliance. It was this belief that led NATO newcomers to strive to adjust their security programs and improve interoperability with the rest of the NATO community. That process began many years before officially joining the Alliance. These measures included new command structures, doctrines, tactics, command and control and communication systems, and logistical systems. Entire defense programs have been adjusted for the sake of interoperability. To emphasize and support interoperability military personnel from the Baltic States and Poland, along with their allies, have been trained at NATO military schools and training centers, as well as colleges and war colleges in their own countries and NATO and EU countries to include the USA, Germany, UK, France, Denmark, Poland, Sweden, and Norway. This effort has helped created a necessary precondition for NATO’s effective chain of command and planning system. These efforts have proved their effectiveness during Expeditionary Operations and Peace Support Operations. Troops from the Baltic States and Poland have participated in Alliance operations in Iraq, Afghanistan, Kosovo, Somalia, Mali, etc.

But for reliable national and regional defence on the Alliance’s eastern flank this is not sufficient. Beside the well-established and exercised NATO chain of command, close horizontal coordination and thorough interoperability between NATO neighbors is crucially important as well. Proper interoperability and a common operational readiness among the Baltic States and Poland, as well as the other allies in the region, will be an effective force multiplier for the collective defence.

Lack of the Regional Defence Strategy

The democratic countries of the Baltic States and Poland have similar constitutions, defence strategies, and command and control systems. All four states have regular and active reserve forces and two of them, Estonia and Lithuania, have conscription. They are organized according NATO standards and the vertical NATO chain of command is well established. But there is one particular issue of primary concern – each country is developing its own Defence Strategy which partially neglects the strategies of its NATO closest neighbours.

It is no surprise that not having a commonly accepted long-term regional Defence Strategy will lead to a reduction of NATO’s strategic depth. This is visible right now. For example, each Baltic State is purchasing a different model of Infantry Fighting Vehicle. Lithuania invested the largest sum ever for defence acquisitions when it agreed to the Boxer platform. Estonia invested in the CV 90 and Latvia is purchasing the UK-produced CVR type machines. And Poland has its own agenda as well – having a relatively big national defence industry complex it is capable to supply its Armed Forces with its own homemade military hardware. It is no surprise why it uses different weaponry in comparison to its NATO neighbours. It produces and supplies its own troops with Infantry Fighting Vehicle – Rosomark. Differences are also visible in the acquisition of howitzer artillery systems. Lithuania has purchased PZH 2000, while Estonia acquired Korean made – K9 etc. Having different types of weapon systems in the region have some obvious problems in the different types of ammunition and the logistics to operate and maintain the systems. It reduces the manoeuvre capability within NATO’s territory and is much more expensive for each Baltic country.

There are other negative implications to overcome. For example, the establishment of a NATO “military” Schengen Zone, enabling the free movement of military troops, logistics, and weapons between NATO countries is essential. We hope that in the nearest future this will be agreed and implemented among NATO members. This step will improve NATO’s strategic depth in Europe, but to maximize such a benefit, each country must be able to fully implement it. In this regard, we have some serious challenges – Lithuania, Latvia and Estonia still use the 1520 mm gauge railway they inherited under the Soviet system. This is highly problematic since it is not interoperable with the Polish 1435 mm standard gauge railway system. In case of a crisis, this disparity in rail road systems will greatly slow down NATO troop movement throughout the region, while it could be very effective for organized movement from Russia. Another transit infrastructure example is the road systems. The roads between Lithuanian and Poland are much narrower and underdeveloped in comparison to the road system which connects Belorussia and Russia. Therefore, the necessity of proper coordination and planning is obvious, and it must be done at all regional and national levels (not purely military). Failure to properly address these kinds of transit problems reduces NATO strategic depth in Europe for maneuver, mobility, and logistics, which is vitally important for the effective defence of the region and the entire Alliance.

Building a common regional Defence Strategy, it is not an easy task. But with the right amount of regional political will it is possible. While coordinating national level decisions across the region is difficult, Lithuania and Latvia provide positive examples. With determination  and political will the countries finally achieved the NATO goal to allocate 2 percent of GDP to defence. It looks optimistic, but one should remember that this 2 percent burden for the defence is a peace time NATO requirement. But can we consider the ongoing Hybrid War a peace time anymore? Also, just recently Lithuania’s main political parties made an attempt to agree on the national  Defence Strategy. However, again, not all sides agree on this proposal, but the good news is that the majority does. Of course, this attempt is not a long-term Defence Strategy yet, but the effort must be appreciated and built upon.

Franklin’s quotation “we must indeed all hang together, or most assuredly we shall all hang separately”. It is absolutely relevant today given the circumstances in the region. Improvement of regional interoperability via a long term Regional Defence Strategy is crucial. It will be a force multiplier for NATO defensibility and will make deterrence more credible. However, to achieve this goal the right level of regional political will, to unite the effort, is essential. This is a vital precondition for the sake of the beginning of the Regional Defence Strategy formulation. Five years ago, this idea could be evaluated as impossible, but since this issue has become a matter of survival – states from the region simply do not have another viable choice. This goal no longer appears to be unachievable. Having a common Defence Strategy in the region will build a horizontal interoperability between NATO neighbors and confidence in continuity of the national Defence system development. Therefore, recent national efforts to improve the defence capability make are a good beginning and should make us feel more optimistic for a secure and prosperous future.

*“Hybrid threats are those posed by adversaries, with the ability to simultaneously employ conventional and non-conventional means adaptively in pursuit of their objectives”. (Source: “NATO countering the hybrid threat”, NATO ACT, 23 September 2011). 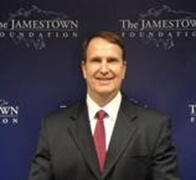